If you or someone in your family have been involved in a motor vehicle stop and DWI Investigation, then you may be understand that this is a confusing process. Between the officers questioning, the Standard Field Sobriety Tests (SFST), and Alcotest (Breathalyzer), you may feel like the cards are stacked against you. Even more concerning, those individuals who try to invoke their 5th Amendment Rights by Refusing to submit to the Breathalyzer, you will be charged with Refusal, under N.J.S.A. 39:4-50.2. Failure to consent to a Breathalyzer will result in a seperate charge and likely will not stop the officers from still charging your with Driving While Intoxicated. If you or someone in your family are facing charges for Refusal and Driving While Intoxicated, it may feel like a daunting task to fight these charges. If you are convicted of a Refusal and a DWI, then you are likely facing up to one (1) year license suspension, installation of an ignition interlock device and thousands of dollars in fines, fees and surcharges. The cumulative effect of these two charges is significant and you should consult with an attorney if you have been charged with a DWI in Burlington County.

The trial lawyers at Proetta, Oliver & Fay focus their practice specifically on Criminal and DWI defense work. Our team include former New Jersey Deputy Attorney General, William C. Fay, IV, who spent part of his career investigating DWI offenses on behalf of the State. Considering all of the major thruways in Burlington County, you should not be surprised that Burlington County deals with thousands of DWIs and Refusal charges each year. If you or a loved one are presently facing charges for DWI or a Refusal to Submit to a Breathalyzer, contact our Burlington County Office and speak with an attorney. Our firm can be reached at 609-850-8284.

Under N.J.S.A. 39:4-50.2, any driver on a public road is considered to have given consent to Law Enforcement to conduct breathalyzer/alcotest examinations. Most drivers do not realize that their consent is assumed by simply driving on the road. Therefore, drivers who refuse to provide evidence against themselves and refuse the Alcotest are deemed to have violated New Jersey’s Refusal Statute. If charged, the municipal prosecutor must establish the following:

If you have been charged with Refusal, the best defense is to challenge the officer’s “probable cause.” For more information on what constitutes probable cause, contact our office and speak with an attorney.

What are the Penalties for Refusal to Submit to a Breathalyzer in New Jersey?

The penalties for a DWI Refusal violation will depend upon your prior record. If you have been convicted of a prior offense for the same violation, then you will be subject to enhanced charges.

DWI Refusal in a School Zone

New Jersey has mandated that the penalties be increased for DWI and Refusal charges that occur within a school zone. Specifically, your penalties will be as follows for a School Zone Refusal: 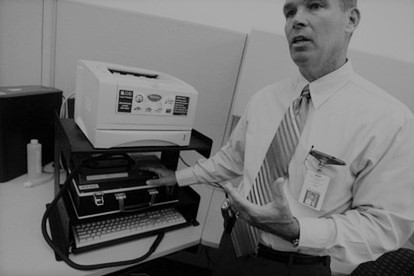 Do not let the court convict you of these charges without first having your case reviewed by a DWI Attorney. You risk losing your license for an extended period of time and, for some of us, this could cause us to lose our job. Speak with a Burlington County attorney today and learn how we can help you with your Refusal or DWI charges. Our firm can be reached 24/7 by calling 609-850-8284.