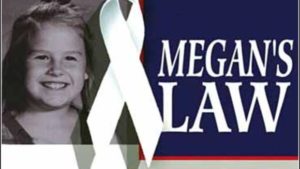 Juveniles convicted of certain crimes will be required to register as sex offenders under Megan’s Law in New Jersey. However, recent court rulings have held that this registration may not be required for the juvenile’s lifetime. Instead, a juvenile may petition the Court for a Removal from Megan’s Law. If you were adjudicated delinquent of sexual assault, aggravated sexual assault, aggravated criminal sexual contact, luring, criminal sexual contact, kidnapping, criminal restraint or false imprisonment and the court required Megan’s Law Registration, contact a Juvenile Lawyer about how to get removed from the Megan’s Law registration requirements.

Whether you are seeking for your own removal from Megan’s Law or if you need help for your child, the attorneys at Proetta & Oliver can help. Our team of attorneys have appeared at the Superior Court on behalf of juveniles throughout New Jersey. We understand the difficulty Megan’s Law entails and the embarrassment it may cause. Removal from Megan’s Law registration is a useful and important resource for juveniles who were convicted of a sex crime. If you would like a complimentary consultation with Firm Partner, William C. Fay, IV, please contact our office at (609) 850-8284.

What is Megan’s Law?

New Jersey’s Internet registry for sex offenders is also known as Megan’s Law. It was developed in 1994 in response to a highly publicized criminal case where the victim was a young girl.Under Megan’s Law, sexual offenders who have been found guilty or adjudicated delinquent (juveniles) will be classified under a three (3) tier system. These different tiers will determine the level of registration, type of notifications and the amount of personal information that will be made available to the public. Previously, Megan’s Law offenders could apply for removal from Megan’s Law after fifteen (15) years. The removal was subject to consideration of certain requirements. However, in 2001, the New Jersey legislature enacted legislation requiring certain juvenile sex offenders to register under Megan’s Law for life. This lifetime registration requirement was subsequently found to be unconstitutional, thus enabling any juvenile on Megan’s Law to petition the court from removal either after fifteen (15) years or at the age of eighteen (18) (only if the juvenile was under 14 when the original offense occurred.)

How Can I Get Removed From Megan’s Law in New Jersey?

When filing these motions for removal (also called de-registration), we understand that the these battles are won and lost on the strength of the Motion. Obtaining a formal review of the juvenile by a licensed doctor can strengthen our case for why you are not likely to pose a threat to the safety of others. The strength of the doctor’s reasoning and clinical testing is crucial in these types of cases. These valuations must be undertaken whether it is for removal from Megan’s Law at eighteen (18) years old or if it is after fifteen (15) years of compliance.

Is your child looking to be removed from Megan’s Law? If so, contact the Burlington County Juvenile Megan’s Law Attorneys at Proetta, Oliver & Fay. Firm Partner, William C. Fay, IV, is former New Jersey Deputy Attorney General with experience handling juvenile matters across the State of New Jersey. Mr. Fay will consult with you regarding you or your child’s eligibility to apply for removal from Megan’s Law in New Jersey. We serve towns throughout Burlington County, including Evesham, Moorestown, Florence, Riverside, Maple Shade, Mount Holly, Mount Laurel, Pemberton, Southampton, Westampton, Bass River, Delran and Lumberton. For an immediate and complimentary consultation with Mr. Fay, please call (609) 850-8284.