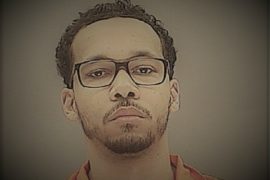 This past week, our firm was able to obtain a dismissal and downgrade of drug charges in Burlington County. Specifically, our client was facing charges for drug possession and possession of drug paraphernalia. For our client, this was their first arrest and criminal charge in their life. The prospect of potential incarceration, probation, license suspension and fines was daunting. Furthermore, our client was still a college student who was actively seeking employment upon graduation. ... Read More»

Burlington NJ Drug Possession Lawyers Drug possession is one of the most frequently committed crimes in New Jersey. Whether that controlled dangerous substance is cocaine, marijuana, fentanyl, heroin, LSD or crack cocaine, the penalties and ramifications from a criminal arrest and conviction are life-altering. Depending on the type drug in your possession, weight of that drug and the nature of your situation (possession with intent to distribute versus simple possession), you can be facing ... Read More»

Assault Attorneys in Evesham, NJ Assault is one of the most commonly charged crimes in New Jersey. Assault charges can be Simple Assault or Aggravated Assault and can involve Domestic Violence, Temporary Restraining Orders or Violation of a Restraining Order. In any scenario, the penalties for assault in New Jersey carries serious and potentially life-altering outcomes. For example, if your charges involve a weapon or a handgun, then you may be facing second degree felony charges at ... Read More»