Cinnaminson Township happens to be one of Burlington County's more affluent towns. Given its proximity to metropolitan areas like Philadelphia and Trenton, it is no surprise that Cinnaminson's residential population exceeds nearly 16,000 people. Additionally, with major roadways like Route 130, Route 90, Route 73 and Route 543, Cinnaminson has a great deal of commuter traffic. In an effort to keep the residents and roadways safe, Cinnaminson Township Police remain ultra-vigilgant of any ... Read More»

Burlington Township, which is located in the Northwest section of Burlington County, is home to roughly 23,000 residents. Throw in the large number of visitors and commuters, it is no surprise that Burlington Township Police have filed charges for nearly 3,000 criminal offenses in just the past two years alone. These types of criminal offenses include a large amount of drug-related and assault crimes. Our team of attorneys have actively represented clients in obtaining dismissals of ... Read More» 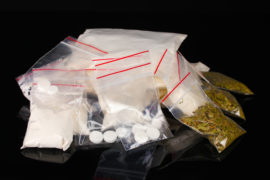 Cinnaminson, which is one of the smaller communities in Burlington County, is a fairly active area in terms of criminal activity. In the past two years alone, the Township of Cinnaminson and its police department have arrested individuals and filed over 3,000 criminal charges! That is an incredibly high number considering Cinnaminson is home to only 15,000 residents. A significant number of these criminal charges involve drug possession, drug consumption and drug distribution. More ... Read More»