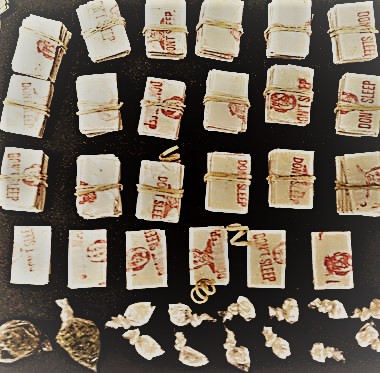 Heroin and opioid abuse have been a major concern amongst Burlington County towns. With the major thruways like Interstate 95 connecting major cities like Philadelphia, New York City and Boston, Burlington County has seen the access and availability of drugs like heroin increase in recent years. New Jersey State Police and local law enforcement have joined efforts to crackdown on drug distribution throughout New Jersey and Burlington County. Individuals caught transporting or distributing heroin in New Jersey will be charged with felony crimes that could carry as much as twenty (20) years in a New Jersey State Prison for a first time offender. Moreover, if you are connected to drugs that resulted in an overdose death, then you could be charged under New Jersey’s Strict Liability drug-induced death law.

Here is an excerpt from a former clients review of our representation:

“Professionalism & Skill. Mr. Fay handled a criminal matter for me recently. The case had varying levels of complexity, yet Mr. Fay demonstrated a resounding ability to not only successfully advocate on my behalf but also obtain a dismissal of my charges. I have had experience with other attorneys in the past and I can say with certainty that my experience with Mr. Fay was one of professionalism and skill that is seriously lacking among other attorneys. I highly recommend him to any other individual looking for assistance in their criminal case.”

Possession With Intent to Distribute Heroin Charges in Moorestown, NJ

Under N.J.S.A. 2C:35-5, distribution of heroin charges can stem from multiple types of conduct. Specifically, you do not even need to actually be caught in the act of distribution or selling for the police to file charges. N.J.S.A. state that it is unlawful for any persons to knowingly or purposely:

Heroin distribution charges will vary in severity depending upon the amount of drugs involved. Specifically:

Can I Be Held On Pretrial Detention for Distribution of Heroin in NJ?

Due to New Jersey’s push to change bail guidelines, the legislature passed Bail Reform Guidelines in 2017. While the purpose of these guidelines is to keep more low-level offenders out of jail because they could not afford a monetary bail, we have noticed that more serious offenders are being detained under the guise of them posing a “risk to the community.” This means that you could be detained without the option of a monetary bail during the entire pretrial process. If the Burlington County Prosecutor’s Office files a motion for Pretrial Detention, then the court will have to assess certain factors, including a Public Safety Assessment, and determine if you should be released on your own recognizance (ROR), detained or released with certain restrictions. For more information on Pretrial Detention Hearings, please visit the following link.

Drug distribution charges are always serious and require that you not take them lightly. A conviction could land you behind bars in a State Penitentiary for a significant period of time. If you are facing heroin distribution or heroin possession charges in Burlington County, contact the criminal defense attorneys at Proetta, Oliver & Fay. Firm Partner William C. Fay, IV, is a former New Jersey Deputy Attorney General. His career with the Attorney General’s Office has provided him with unique qualifications that he now provides to his clients. For an immediate and complimentary consultation, please call (609) 850-8284.